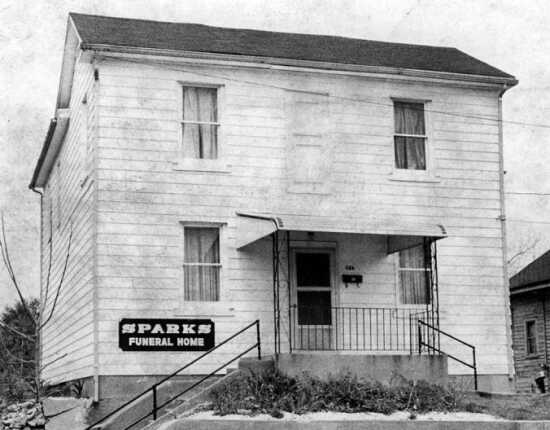 Dying, as a person of African descent, meant the segregation experienced in life followed in death. Through the late 1800s and early 1900s, Cape Girardeau County “colored” and paupers grave sites, in city and church cemeteries, were allowed only in sections along outer perimeters. Graves were designated with little more than field stones or hand-poured cement markers. In rural areas, enslaved were buried a discrete distance from enslaver family cemeteries, along tree lines of farm fields.

With Emancipation, the burden of expense for final illness and a grave for a loved one fell to survivors, without accumulated wealth beyond subsistence,

In December 1867, “The Union Aid Benevolent Society of The Cape Girardeau Colored Citizens” filed incorporation papers, naming 34 original petitioners. The society’s purpose was to associate for mutual benevolent purposes in times of sickness, disability and death, and to care for each other’s widows and orphan children. Their rules of order required attendance at monthly meetings to assess needs, pay treasury dues and make collective decisions about claims for disability, medical care and death benefits for society members to defray their expenses. Beyond the incorporation papers, little evidence proves the society functioned to provide the services promised.

Frank J. Sparks, 1905-1956. This photo was submitted by Louise Sparks, in memory of her husband, and included in the 1962 “Souvenir Program” for St. James A.M.E. Church. The occasion commemorated the church’s 99th anniversary observance. Frank and Louise were members of St. James. Frank’s funeral was conducted from St. James. He was interred at Fairmount Cemetery in Section 11, the “new” section for which Sparks advocated to expand cemetery options to accommodate Black burials during segregation.

In the early 1940s, Frank Sparks appealed to the Cape Girardeau City Council, pleading that the burial space allotted to Negroes at Fairmount was “exhausted,” and “old graves had been unearthed in the process of digging new ones.” Sparks urged the city to set aside additional space to accommodate up to 1,000 graves. The council decided 500 graves would be sufficient.

On May 21, 1956, tending an injured patient while his assistant drove his ambulance, Frank suffered a heart attack and died en route to Cairo, Illinois. At age 51, death came to a gifted, visionary businessman.